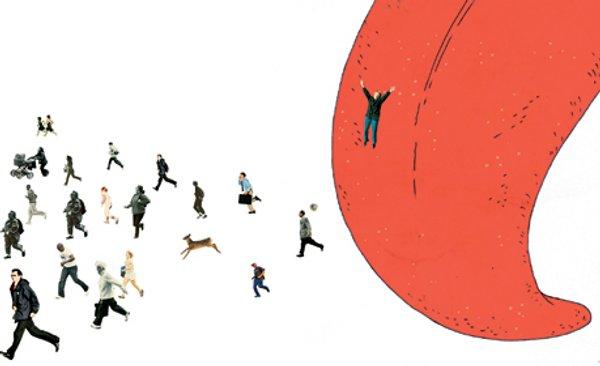 The language of philosophy can be regarded as relatively distinct ways of implementing the philosophic action – philosophic speech, philosophic silence, philosophic gesture. This complex unity of discourse /ordered and controlled speaking /writing //, the silent discipline of senses and mind /askesis/ and the aristocratic detachment from the vanity of the day /ekstasis/ can be seen as a historical legacy of the philosophy of various religious and esoteric practices. Nevertheless, according to the author, it is more correct to speak about essentially new ‘frame’ of the social, which assigns a ‘non-everyday’ horizon to the presence and this way, inside the ‘world’, the distinction between ‘daily’ and „onthological”. „Philosophising is something that is before any kind of geschaft and represents the central event of presence, it is independent and completely foreign to the manner of behaviour that we normally have.” /Haideger/. „Philosophising does not enter as well from the divine side, because the other world is the ‘easy’ way for the philosophy, the hard way is the ecstatic overturn to this world. The philosophical gesture is the gesture of turning ‘the world’ upside down /Hegel/, there where one never enters from the side of the normal, useful, common.

The paper deals with some philosophical ideas underlying the mentalist (nativist) theory of language within the framework of .Noam Chomsky's generative grammar. The problem of language as a biological phenomenon, based on the Cartesian ideas of Rene Descartes is in the focus of the discussion. Distinction is drawn between human language, animal language and machine languages, thus exemplifying the basic features of human language as inherited endowment which is stimulus free and creative and which leads to a new definition of language as a 'discrete infiniteness'. Light is also shed on the part of the philosophical concepts dealing with the so-called Plato's problem known in modern linguistics under the notion of 'poverty of stimulus' which is directly related to language acquisition and is part of the theory of epistemology. The logical relation between the principle of poverty of stimulus and the concept of the existence of universal grammar is further explored. Finally, the modern concept of a division of language into two different domains: I-language and E-language, is dealt with.

In the article the so called “specific language” of I Ching as representative for typical Chinese philosophy of variability is discussed. Two aspects of this specific language are under main consideration: 1. Understanding of variability as expressed in the structure of isolated hexagrams (graphic symbols of relative state of piece amidst the stream of constant movement); 2. Understanding of variability as expressed in the overall order of the 64 hexagrams. Special attention is paid to the meaning of two important concept li and wen, revealing patterns of microstructure and macrostructure of reality as ordered movement.

It is generally assumed that the process of production, distribution and consumption of specialised discourse is realised within certain cultural contexts which presuppose and reveal shared values and beliefs embodying basic assumptions both as to the nature of the discipline and the subject matter and as to the ‘professional ethic’ and relationships between the members of the respective community or, as stated by Bizzell (1982:193), all academic discourse is „a form of language use that unites a particular community“.
Convincing as it may sound, this claim needs serious reconsideration in the modern age of globalisation of academic communication. How are we to define the community Bizzell refers to? And does present-day academic discourse really unite scientists of different social, economic, ethnic, cultural, etc. backgrounds, or does (or maybe should?) the very expansion of the community and the ever-increasing multiplication of voices within it result in diversification rather than unification? And if so, will this lead to communication breakdowns
Two basic philosophical positions have to be considered in this respect, namely the internalist/social constructionist and the externalist ones. The discussion shows that if one remains committed to the traditional understanding of ‘discourse community’, one should either recognize the existence of a very large number of very small communities, or accept that the academic discourse community has disappeared. A more realistic point of view would be to speak at present of fluctuating communities united by temporary common goals.

Slavoj Zizek, easily interpreting the theses by Jacques Lacan, the fragments by Marx, some texts by Alain Badieu etc., develop the concept for the retro - actively fixed target (the exact definition is mine - D.G.) - this explicaton on the events historics, which the people fabricate postfactum, in order to show the latter as a result of deliberate pursue and realized object. This inversion by "telos" and "praxis" by himself teleologic, but she pursue not simply towards giving legitimation on the factition by way of the grounding antedate of the acts and achieved owing to accession to power: here the subject receive the opportunity choosing the own history of itself. This act is possible solely through and on the level of language, because the language give opportunity to change the own past, transforning him in the present. But does is do the true choose, the chance correcting the errors and the failures or someting totally different? The answers stretch beyond the bounds on the Zizek study... if it is possible so to speak for him. In the centre of attention is the fortune on the left in the future...