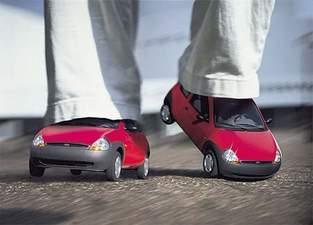 Many of the classical readings of fantastic literature, such as Todorov’s, Cawelti’s or Caillois’s emphasize the subversive or irrational component of it. Although studies on its mimetic component exist as well, they have not pursued to the end the logical conclusions of the interaction between both fields. Through a typology of objects as they appear in fantastic fiction, and the study of their ontology, this article attempts to show how realistic view is not only a foundational base of fantastic discourse but it also proves what this discourse is claimed to question. The author examines the contrast between Todorov’s functional definitions of the fantastic and the ironic view and SF ideas of Stanislav Lem. The conclusion is reached that fantastic literature is oxymoronic by essence, and only subversive or dissident a posteriori, i.e. after obeying the conscious intentions of the writer.

Abstract. This paper aims to provide an overview of the current situation in South America’s regional cooperation, taking into account contemporary foreign policy of the leading Latin America’s countries, particularly the way they perceive the regional cooperation process. At the beginning it assesses the neo-liberalist course during the 1990s taken by South America’s governments which explains why these countries have chosen to put economic emphasis on the style of regional relations. Since 2002 the shift to the left in the region, albeit with different nuances has set up new political agenda for regional cooperation that makes up the newly created UNASUR as well as Venezuelan President-led ALBA, to complete the horizons of the new pattern of the South American cooperation. This Latin America’s regional dynamics has left its mark on the OAS. Although it has been for a long time regarded as USA-led regional organization, the OAS activities has evolved in multidimensional framework for regional cooperation in defending democracy and human rights in the Western Hemisphere. The Inter-American Democratic Charter, while a significant milestone in the history of the OAS, is far form being excellent in promoting democratic governance. Nevertheless, the OAS continues to gain relevance in despite of numerous challenges presented by the newly established Latin-American organizations seeking for autonomous South America’s regional cooperation, excluding the USA and Canada.