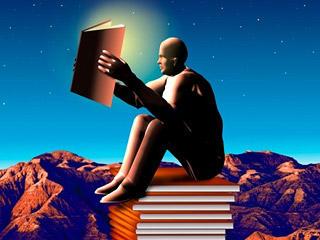 Tantra - the path of knowledge in the age of Kali Yuga

Summary: Despite sprouting from the same roots of the traditional indian world conception, through the years tantra has developed its own unique doctrine, which has often threatened the stability of the orthodox, thus becoming an inconvenient and eretical phenomenon due to its potential to break the established norms of conduct and encourage each individual no matter his caste background to experience the mystical unity with the divine. But even the most striking and extreme practices of tantra find their explanation and logic in the traditional indian thought. Even more, tantra has proved to be the only direct successor of the ancient vedic cult. Through the doctrine of tantra for the first time in aryan-dominated India the idea of the Divine Mother becomes so powerful that permeates into almost every sphere of indian life. As Andre Padoux says: „For the last thousand years what we think of hinduism is in fact pure tantrism“. And the rediscovery of the divine femenine power is very much related with the sensitivity of the contemporary age of Kali Yuga (Age of discord) – an age of materialization and desintegration of the values. As the authors of the tantras put it – this teaching is not a new teaching but a new revelation of the truth of the Vedas, addressed to the man of the Kali Yuga when the spiritual is hidden beneath the veil of the sensitive, physical and material because tantra promises its followers that it is going to libearate them from the material, by letting them step upon the material, which constitutes our everyday perceptions.

On Visual Transformations of Music in Culture of India

Abstract. There is a specific tradition in India – the miniature called ragamala (literally – a garland of ragas), which visualizes raga. It develops since the end of the 16th century. Exact iconographic moulds have been made through the centuries. Their aims are to express definite musical and aesthetic characteristics and to reflect the structure of the mode system and its elements in pictures. This research turns on the core of the unique ragamala. Some of the questions that the current study raises and looks into are: What kind of relations we can find between music and fine arts? In which way the structure of raga is transferred from the music to the miniature? The author describes her own observations on the contemporary continuity of the ragamala tradition in India and especially in Raghurajpur a heritage crafts village in Puri distric, Orissa. There are observed transformation from court art into folk forms.

The primordial soundless sound: the doctrine of AUM and of the four quarters of atman in Majdukya upanicad

The present paper is an attempt to interpret the doctrine about the four modalities of atman, encoded in the supreme sacred sound AUM, introduced in the Majdukya upanicad, belonging to the tradition of Atharvaveda and composed probably around 450 – 400 BC. The four states of the consciousness have been described in brief in the Majdukya, which consists of only twelve definitions (sutras). Despite of its briefness Majdukya upanicad is one of the most significant and in-depth texts among the so called “classical” upanicads. The Upanicad has attracted the attention of Gaudapada – one of the founder of advaita vedanta, who wrote a profound commentary on it. The fundamental idea of Majdukya is that atman, the Self, is identical to brahman, the Absolute, and that the essence of both of them is prajava, the primordial cosmic vibration.

“True”as a name of second intention in Hobbes

The Birth of Analytical Method: George Moore and the Overcoming of Kantian Philosophy
Kamen Lozev
ABSTRACT: The article is dedicated to a crucial moment in the philosophical development of George Moore during his work on his two dissertations, 1897-1898. It is argued that what has been later known as ‘the analytical method’ in philosophy came out largely as a result from Moore’s criticism of Kant and his deontological ethical theory. The main thrust of Moore’s critique of Kant is his accusation that Kant is too ‘subjective’ and too ‘psychological’ in his attempt to show the necessary connection between human will and freedom.