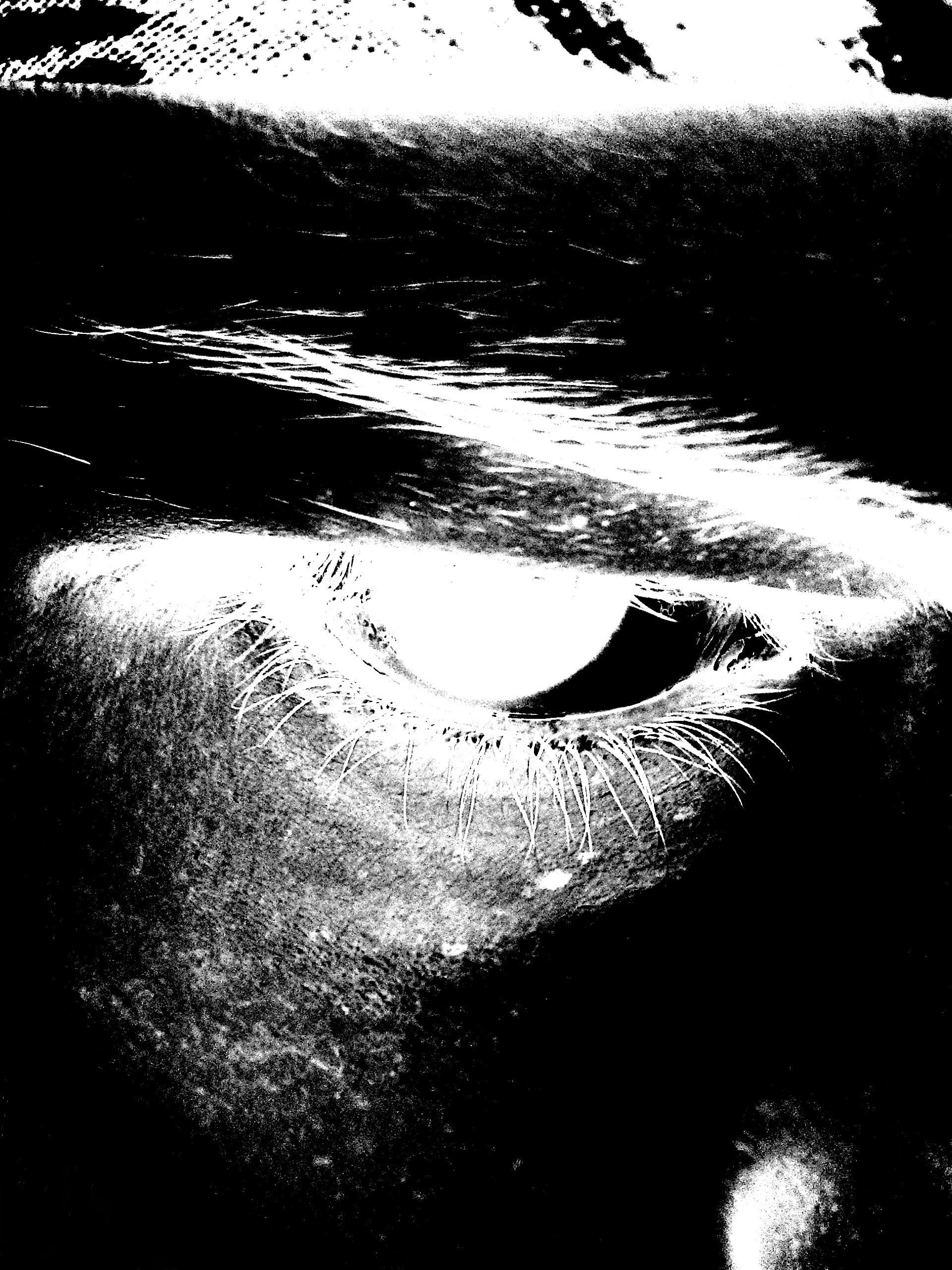 Topic of the issue: The Look Through the Other

The paper describes and analyzes some philosophical-historical approaches toward West as type of civilization, regional culture, cultural areal, that possesses a universal historical perspective. The critical and analytical approaches of M. Weber, A. Toynbee and Assen Ignatov are described. The “capitalist spirit”, the western rationalism, militarism, secularism are emphasized and criticized. The capacity of the West to be open, dynamic, to self-transform itself is analyzed within the framework of its potential historical universality.

The paper is dedicated to the 140th Anniversary of Albert Schweitzer. The main thesis is that the fundamental principle of Schweitzer’s ethics – Reverence to Life – symbolizes the ‘meeting’ between Western (European) and Eastern (Indian) thinking. Specific emphasis is put on the image of Schweitzer as the European mind influenced by the Indian norm of Ahimsa.

The article examines the reasons for the political, cultural and anthropological confrontations in the West on the occasion of the Islamic dress code.

This paper explores some Western receptions of the Chinese concepts ‘yin – yang’ and their philosophical reflection as а primordial symbolic system. The assumption of the underlying homology in the Universe as a whole suggests that there are related orders of events, analyzed in the so called ‘correlative thinking’ in Early China. The holistic view draws systematic correspondences between various levels of reality, e.g. the human, the world of nature and the cosmic unity. According to the theorists of quantum mechanics Heisenberg and Bohr there can be found striking analogies between Ancient Daoist thought and the principle of complementarity, concerning fundamental subatomic relatedness. C.G. Jung calls the Daoist approach the ‘synchronistic way’ – Yijing (the cosmological Book of Changes) involves the study and classification of events wherein meaningful interdependence transcends space, time and causality as a determining factor. Very close to the model of The Great Ultimate, representative for the yin - yang relationship, virtual particles in atomic physics correspond with one another in some basic aspect, even in some cases their identities are contained one within the other.

The paper considers a specific aspect of young/new poetry of 1980s, especially typical of its collective language – its situated between and in both disparate poetical-philosophical Weltanschauungs – in course of western Anglo-Saxon “high” Modernism and the eastern zen sensitiveness. Despite of its opposite, both enters into the Bulgarian poetry simultaneously just during the 1980s… But all this is only the big subject matter. The situation in its details is more dynamical and relative. And just this dynamic is object of research study. The problem is examined both in diachronous literary-historical and synchronous poetical aspects. From the other hand – both in universal socio-cultural, philosophical, and cultural historical context and in the context of the Bulgarian poetic tradition.

The dialogue “Alcibiades” offers an excellent opportunity for the participant to speak exactly on the topic of the conference, because in the conversation between the elderly Socrates and the young Alcibiades the main problem is precisely this one: what should learn a young man,,in what values and how should he be educated, in order to become a really good statesman. The young Alcibiades intends to become a politician. It is easy to become a political figure, but this does not necessarily mean, that he will become a good ruler and true statesman, Socrates holds. In order to make his dream come true Alcibiades has to learn a lot, to understand and to contemplate on various questions, insist Socrates and as examples points to some of the traditions in the royal court of Persia and to some of the political and educational practices there, which are strongly idealized in the optics of Plato.

Key words: political education and formation of a future statesman; political order; monarchy and politeia; Persia and Athens; justice and just; the self-knowledge – highest aim of the philosopher and the politician-statesman

S.H. Vatsyayan Agyeya, a pioneer in introducing modern sensibility to the post Chhayawadi Hindi literature, is heavily influenced by Western literary aesthetics, fiction, poetry and ideologies. In his first and most famous novel Shekhar Ek Jivani (Shekhar : A Biography) the influence of the West is sufficiently evident. (This novel has been translated into Bulgarian). When a prominent Indian writer like Agyeya reveals such an acute consciousness of the Western influence in his writing process, it leads to various possibilities. In this article an attempt is made to explore the shades, contradictions and enrichment that is born from this literary union. I have also examined whether the influence of the West on Agyeya leads to assimilation into the mainstream Hindi novel writing or this venture by the author leads to a separate/parallel stream created by subverting the former.
Key words: Hindi literature, Western literary aesthetics, Vatsyayan Agyeya

The point of the text is to outline one of the main topics in the work of the French writer Michel Houellebecq – the conflict between two worlds and two religions: East (in the face of Islam) and West (represented through Catholicism and the European decadence from the late XIX and early XX century). The arguments according to which Houellebecq interprets the Islam and the Catholicism are displayed and analysed. His literature work is inscribed in the current intercultural issues and debates on the civilisation clash between two more and more different in their basis cultures - the European and the Islamic one.
The thesis of Houellebecq about the incapability of the Islam to get incorporated into the civilizational cultural and religious model of Western Europe is defended in accordance with the line of his thought in the novels “The Possibility of an Island”, “Submission”, “Platform,” and “Elementary particles.

The East - West dialogue in two of Regis Wargnier movies

This article is viewing the theme of the dialogue East-West through the prism of art. For this aim two of the director's R&#233;gis Wargnier movies are chosen for consideration.
His cinemanovel  East-West ( EST - OUEST, 1999) is a classically based on the dramaturgy of the narrative cinema. The choice of this form is not an accidental one because his creative goal is to understand the complicated human destinies that are tragical subjects of influance of the dominant social relationships.  In this case the destiny of a whole generation that became a victim of the political reallity afther World War II in Europe is realised.
The next work of Wargnier, Indochinaq ( Indochine, 1992) is build according to strictly dated historical facts skillfully interweaved with the cultural, political and everyday characteristics of the time and place.
Key words: ideology, culture, identity,,fate, life.

TANGO - FROM DIALITY TO UNITY

All spiritual practices of the East aimed at reaching the rest physical and mostly mental. Similarly, the Tango can be defined as a type of spiritual practice, along the lines of the swing with a sword in Aikido or meditation in motion. Tango provides a clear expression of the merger of the two principles in nature, the two opposites--male and female--in one in a natural and extremely aesthetically appealing, minimalist way – like the simplicity of modification in Japanese painting, imbued by Zen.

The Islam and the Women on the Balkans

Fragments from the chapter "Islam and Women in the Balkans" from the book "Balkan Muslim Communities: Post-Communist Transformations", published by Critics and Humanism, 2016, translated from the English original "Rediscovering the Umma: Muslims in the Balkans between Nationalism and Transnationalism ”(Oxford University Press, 2013).

Angela Carter creates fiction that is highly intertextual and very difficult to fit in a specific genre. The unquestionable label for Carter’s fiction (influenced or not by postmodern tendencies) is experimental - the author plays with conventions in every aspect of her works: character, plot, form, genre. Her collection of stories “The Bloody Chamber” (1979) is an example of such resume. The focus is on the story “The Company of Wolves”, adapted for the big screen with Carter as the screenwriter. This text aims at comparing “word” and “image”, story and film, scrutinizing expressive techniques used in both media. Problems in adaptation faced by film are discussed in detail in accordance to text specifics. In order to accomplish its goals this text observes texts and contexts in the body of Angela Carter’s work and beyond.
Key words: Carter, film, experiment, wolves

STATES OF MIND AT YOGI AND SHAMANIC PRACTICES

The aim of the report is to highlight the similarities and differences between shaman’s and Yogi’s states of consciousness. Тheir characteristics вill be examined as follows; philosophical system, a system of rituals, value for the practitioner, different varieties of the practices worldwide. What immediately makes impression to the investigator, is not so much the emphasis on similarities, but on the remarkable fact that the differences between yoga and shamanism are complementary. Crystallization of this supplement slowly but surely lead to the realization of a more complete picture of the sacred in the world of two of the oldest techniques for a consciousness change.