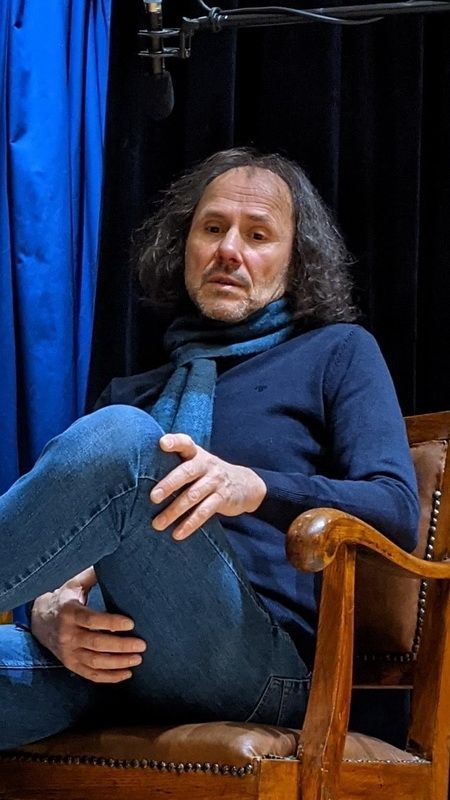 Petar Tchouhov was born on 23.06.1961 in Sofia, Bulgaria. He published 13 collections of poetry, a novel, two collections of short stories and a children’s book.  His works has been translated into 20 languages and included in many newspapers, journals and anthologies in Bulgaria and abroad. He plays guitar in rock bands, writes music and lyrics. Petar performed his writing and music at festivals and other events in Japan, USA, Russia, Switzerland, Sweden, Germany, Hungary, Croatia, Slovenia, Lithuania, Turkey, Romania, Slovakia, Albania and Macedonia. He is the winner of the top prize at the 61st Basho Festival in Japan and many more others. Recently, he has been performing his poetry with the spoken rock band LaText (latext.eu) and has been playing also with the bands Gologan and Par Avion Band.

Petar is a member of the Bulgarian P.E.N.-Centre’s Management Board, the Association of Bulgarian Writers, the Sofia Haiku Club, the World Haiku Association, and Musicautor.

What is to be done

with that one who,

Shall we slaughter that one

with the sword of hatred

or settle that one

in the temple of sorrow

during the hour of prayer,

toss that one pieces of that poison

which will grant that one eternity,

but will deprive that one of

until the day when

that we are one.

First publication of this translation in https://www.bulgata.com/